Back to all Posts 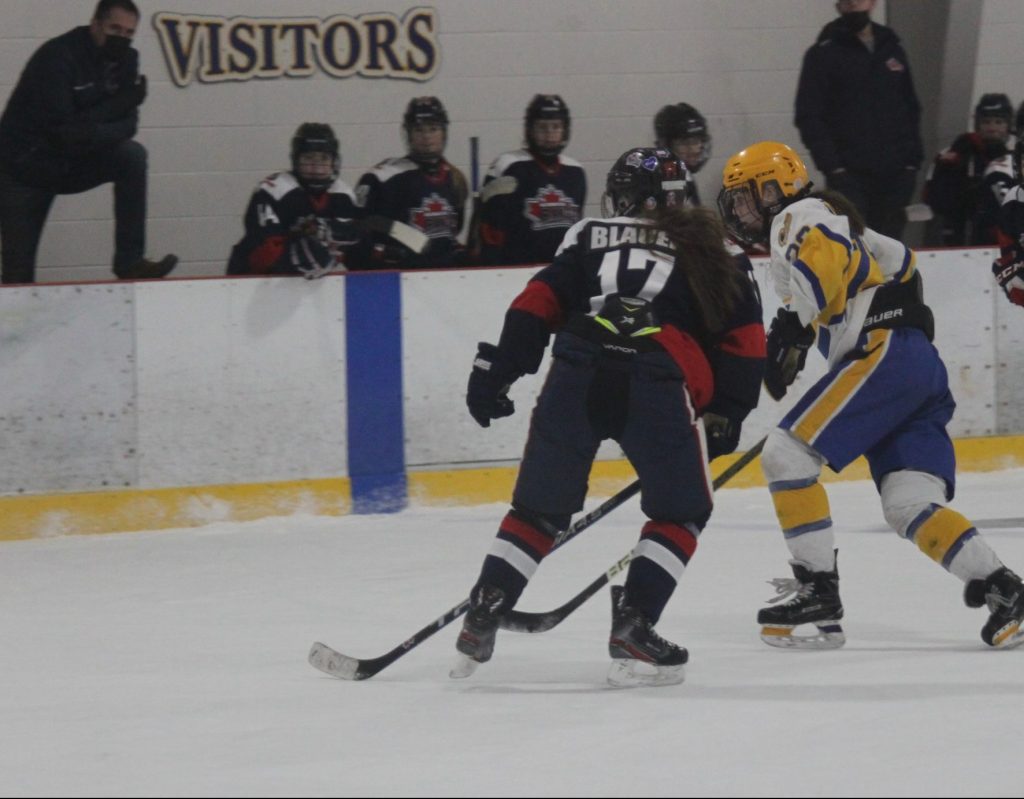 How did you become involved in hockey and coaching?

The interesting part of me being involved in hockey is I did not play as a kid, but I always loved the game. Fundamentally, I love sport.  Even though I grew up in the prairies and my father was a huge Canadians fans, my parents never pushed me to play hockey.  When I finally moved to Ottawa and we lived near the Canal, I decided I best learn to skate and then pushed myself to learn and play hockey. Sport is a huge part of my life.  I still play hockey regularly, and it is a highlight of my work week, when for an hour, I can just be.  There is nothing like the sport of hockey.  It is the only sport that requires you use a dressing room, and to me that is almost sacred (and I am not a religious at all).  That room, and the camaraderie that develops, even for a guy in his mid 50s, is what helps makes the game so special.

The coaching aspect, I owe all of that to my daughters.  It is hard work, as my first practice I ever attended was my daughter Abby’s, but I have been repaid thousands of times. A desire to learn and watch your child grow is like winning the lottery everyday.

What has been the most rewarding aspect of coaching over the years? What have you enjoyed about coaching your daughters?

As mentioned there is nothing like watching your child grow.  Socially, emotionally, physically but also to watch them learn to work hard, develop grit and not give up even when losing a game.  Sport transcends life.  It is such an amazing and powerful tool as it teaches us so much about ourselves and those around us.  There is nothing really like it.

As a dad, to get to spend time with your daughters is worth its weight in gold. Truly priceless.  Yes, there were moments of why am I doing this, but that is all they ever were.  Simply moments.  The greatness that followed was undeniable and worth every second.

Recent studies have shown that by the age of 14 girls are dropping out of sport at more than twice the rate of boys. Do you have any advice or have you received any advice as a coach to change this pattern?

In the most simplest terms. Stop worrying about the winning. Build team culture. One that revolves around the team and is about the team and is created by the team. The athletes need a voice.  We are done with the days of coach knows everything.  I have three rules: 1- Work Hard, 2- Have Fun and 3- Be a good teammate.  The winning will take care of itself.

Back to team culture.  What I believe is even more important on the female side is the identify of the team.  I have watched really good players quit on other teams. It breaks my heart and in my mind no coach should get rehired if players quit after a season (I do understand mitigating circumstances).  If a coach is the reason a player quits, that is a problem.  I have had players who were said to be difficult, but what I quickly learned is focus on what people (in this case hockey players) can do, and stop harping on what people can’t we always end up in a better place.  Mostly, make it fun.  I coached with an NHL defensemen this year and he told me that is the key.  Keep it fun, even at a pro level, it makes a huge difference.  I have also been known to laugh at myself and have my players laugh at me.

It’s known that there’s a shortage of female representation in coaching. How can we encourage more female involvement?

This is a problem.  Sadly, associations do not do enough to cultivate and recruit young women as coaches.  We need to start female coaches at a young age, surround them with support and help grow them into the amazingly talented individuals that they are.  We are starting to turn the corner at a National level with the recent hiring of Wickenheiser, Campbell and Castonguay, but more needs to be done locally.  Soccer does this way better than hockey as it is a sport that historically was more inclusive.  We can do better and we will.

Outside of being a girl’s hockey coach you are a teacher in the Ottawa area. Have you been able to combine your work as a teacher into your experience as a coach?

Can you believe I am a Principal now?  The same rules apply.  Work hard, have fun and be a good person (teammate).  I feel that my work as a coach and that of a Principal are quite similar.  I build team and school culture.  I believe in people.  I want and love to watch people and athletes grow.  The learning will happen if you create the environment and the conditions where players believe and want to learn.

At the end of they day, I always say I am in the business of making good people.  Whether that be in school or at the rink.  And just maybe, I have.